The past year has seen many acheivements and challenges for Soul2Soul. In January I was commissioned to rebuild Little Branch’s mainstore containing 500 products set within a garden-centre like scheme. Influenced by modernist landscape architecture and the Eden project, it took a few months as i built the majority of the mesh store with display areas, walkways and domes myself.

In February Originalia opened to the public for a couple of weeks, a commission for a Bali landscape with long beach completed the year before. 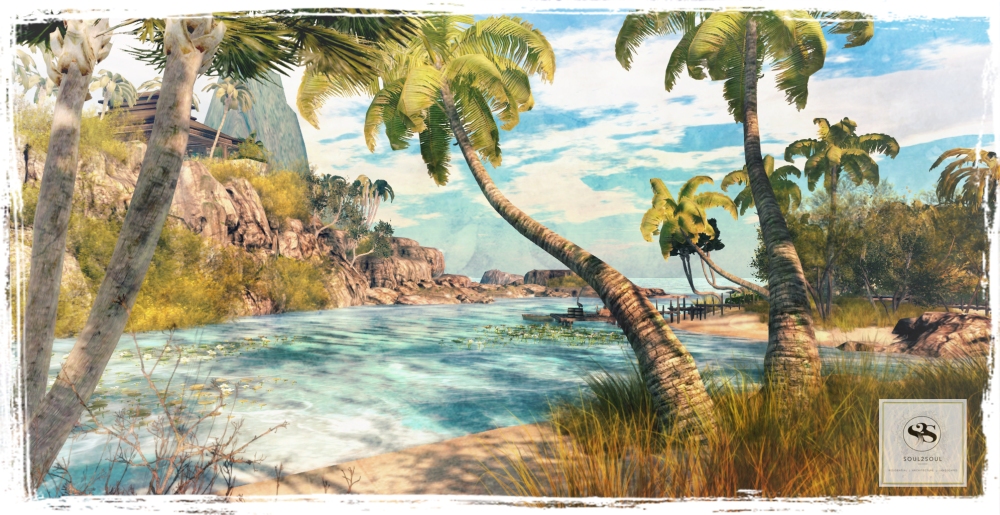 Just after completing a season change for Florence Bay in March, I sustained an injury breaking my leg, which meant i was laid up for a while recuperating. Boone was managing everything inworld. I had started learning Blender which was then postponed and had to re-learn when i was well enough.

I then set about creating several more new mesh houses, one of them for our new region in July, Soul2Soul Coast inspired by Southern Spain and the Costas, which has proved a very popular region with many visitors.

In August the owners of Florence Bay that i was commissioned to landscape the previous year, informed us they were letting it go. After terms were agreed we set about updating and re-designing areas to include in our portfolio of regions and named Soul2Soul Rapids. After i’d designed and built the houses the region was launched in September.

We were delighted to be nominated for Blogger Friendly Sim of the Year 2019 for the Bloggies in October!

Since then we have created the Architecture & Deco store with a few handcrafted mesh products by yours truly.

The same is true of  just two modernist homes completely built and baked in blender for our latest residential region Soul2Soul Isles, landscape inspired by the Scilly Isles off Cornwall, now launched!

A year with ups-and-downs, challenges, achievements and lots of laughs 🙂 Our ongoing thanks to all the photographers and bloggers, my clients and our tenants without whom we couldn’t have achieved all this!    Love and huggzz, here’s to a fabulous 2020!!